72 Hours in Oslo with Kids 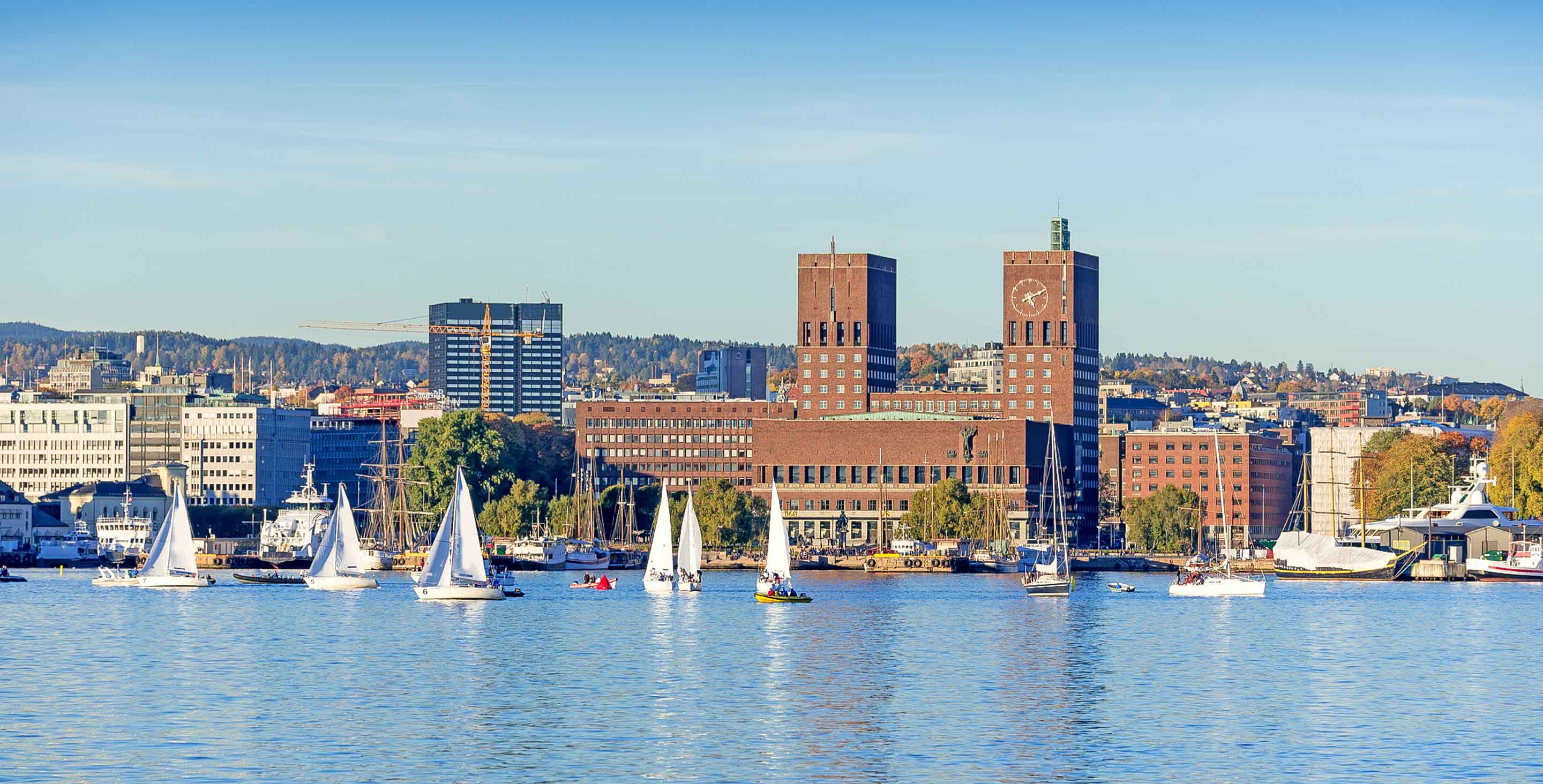 Oslo, the oldest of the Nordic capitals, located between a fjord and the forest, is breathtakingly beautiful and offers a several parks and recreational activities. Add to that castles and its intriguing Viking history and you get a city where a family can easily wile away 72 hours.

Akerhaus Castle The Akerhus Castle has gone through many reincarnations, starting as a medieval castle in the 13th century, then becoming a fortress in the 16th century and finally being rebuilt in the 17th century as a renaissance castle. The castle’s chapel and royal mausoleum are open to the public and the Norwegian Armed Forces Museum and Resistance Museum are also housed there. My 7 and 9 year-old daughters were much more interested in what was of the sea outside then so we stayed outside enjoying the panoramic views, exploring the castle grounds while the girls ran around and climbed on and around the old canons strategically set around the castle and used to protect the fortress in days past. Vigeland Sculpture Park We followed our exploration of the Akerhus Castle with a visit to Vigeland Sculpture Park. There are more than 200 bronze, granite and cast iron sculptures created by sculptor Gustav Vigeland depicting people engaged in various states of physical activity such as running, wrestling and dancing, all in the nude, causing giggles and squeals from my daughters. The park designed in the style of a classical European garden, has fountains, cafes and a children’s playground. Tip: The Angry Boy is located on the bridge and is the park’s most famous statue.

Museum Island Our second day is dedicated to discovering some of Oslo’s wonderful museums. We get on the Hop On – Hop Off Mini Cruise and do the full 1.5 hour rotation on the traditional sailing ship, passing some of Oslo’s most interesting sites, like the City Hall, the Opera House and the Akershus Castle before getting off at Bigdøy Museum Island. The island is home to a cluster of museums, including the NORSK Folkemuseum, Maritime Museum, Kon-Tiki and the Viking Ship Museum. We don’t have time to visit all of the museums, so we stop for a photo op with the anchor in front of the Maritime Museum, before moving on to the Kon-Tiki and Viking Ship museums. The Kon-Tiki Museum documents the expeditions of world famous scientist Thor Heyerdahl. The original Kon-Tiki raft that Heyerdahl used to cross the Pacific Ocean in 1947 is on display, as well as the reed boat Ra II and a variety of artifacts from Heyerdahl’s travels. At the Viking Ship Museum is also at Bigdøy Museum Island but a short distance away from the other museums. We walk to the museum, where the three best-preserved Viking ships known are on exhibit. The ships, discovered in large royal burial mounds in the Oslo fjord, contained burial chambers and an extensive collection of burial gifts for the vessels wealthy “passenger” to use in the after life. Some of the gifts are displayed in the museum and include elaborately carved sleds, wagons, carved animal heads and kitchen utensils. Tip: If you don’t want to walk to the Viking Museum, take the bus. Public transportation is free for kids under 16 on weekends. Nobel Peace Center The last stop of the day was the Nobel Peace Center. Exhibitions and interactive technology introduce visitors to Alfred Nobel, the peace laureates and their works. The Children’s Peace Center presents information on war, peace and conflict resolution in way that’s fun and engaging. The girls learn the true story of a young girl living in a refugee camp in the Congo via an animated film and about the Norweigen Nobel laureate Fridtjof Nansen who was awarded the prize for the work he did on behalf of refugees. As much as my daughters enjoyed the children’s area, they were mesmerized more by the iPads used to present information in the main hall and the light and sound display of the Nobel Field exhibition, which presents all of the past laureates.  Walking through the Nobel Field the girls learned a little bit more about some historical figures they knew, such as Barak Obama, Nelson Mandela and Mother Teresa, while being introduced to some new ones, like environmentalist Wangari Maathai. The museum gift shop offers a large selection of material by and about

Holmenkollen From the moment we arrived in Oslo, my eyes were drawn to what looked like a massive piece of modern art in the city’s skyline. The structure is the Holmenkollen Ski Jump and since it is Norway’s most visited tourist attraction, I am not the only one drawn to this structure. In addition to the ski jump, Holmenkollen includes the world’s oldest ski museum and the ski jump tower, which offers incomparable views of the Nordmarka woods and Oslo. But all of this paled in comparison to the ski jump simulator in my children’s eyes. The ski simulator lets you experience the racing downhill against the world’s best skiers. My 7 year-old really enjoyed the simulator, feeling as though it will help her performance in ski school next year and increase her chances of winning the gold, which she felt she was wrongfully denied this year. I’ll keep you posted on how that works out.