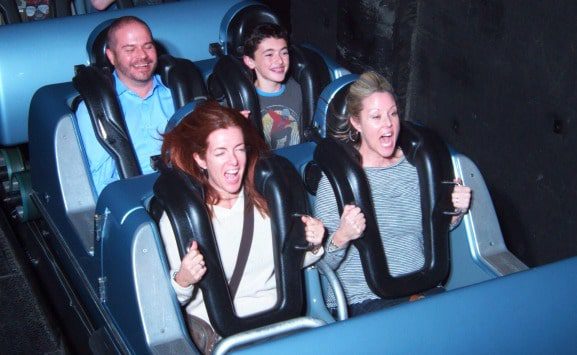 It doesn’t really matter if you’re a fan of the mouse or not-Orlando is a no-brainer when it comes to pleasing the whole family. This kid-centric city makes little ones so happy that it brings smiles to everyone on board, making family trips run super-smooth.

Do the parks, but be choosy

A trip to Orlando wouldn’t be complete without a visit to Disneyworld, but there’s no law saying you absolutely have to hit the Magic Kingdom. Maybe you’ve been there already or maybe characters aren’t your thing.

No worries-these days there are plenty of alternative theme parks to choose from and tailoring your visits to your interests is a smart way to enjoy your vacation even more. Epcot’s an oldie-but-goodie that often appeals to school-age kids who’ve developed an interest in the world at large.

Disney’s Hollywood Studios is another option that appeals to kids (and adults) of all ages. Be sure to bring your animal lovers to Animal Kingdom for plenty of close encounters with the wild kind. Water junkies should head straight for Typhoon Lagoon and Blizzard Beach for oodles of water slides (hello, Slush Gusher!) and hot-weather soothers.

Carve out time for the universally appealing Universal Studios

Universal Studios is another can’t-miss, particularly if your kids are on the older side. The wide range of rides, from thrill-chasers (give the high-speed Incredible Hulk Coaster a go) to pretend-you’re-on-camera experiences (try out Fear Factor Live) are just plain fun and appeal to kids and adults alike.

Behind-the-scenes attractions add another dimension to the entertainment and make you feel like you’re getting an insider’s view of the world of film. Spend a night at CityWalk, the park’s entertainment, dining and shopping mecca that comes alive at night. While you’re there, catch a performance of the Blue Man Group.

Residents know the deal-there are two distinct sections of hotel-and-restaurant-lined International Drive: the tacky, cheap, neon-lit strip and the pedestrian-friendly, meandering roadway that’s an attraction in and of itself. Skip the former and head right to the latter for a peaceful yet totally fun evening, starting with dinner.

Most of Orlando’s family-friendly restaurants are located here and tourists know it, so get there early and count on waiting a bit. After you eat, stroll down the road (or take the $1 I-Ride Trolley) for a round of mini-golf, a tour of Ripley’s Believe-it-or-Not or Skyventure indoor skydiving tunnel. Pop in to a few stores along the way and you’ve made a night of it.

Moviegoers will want to catch a flick at Downtown Disney, the host of 24 (!) movie theatres. Shoppers also have good reason to flock here. But we have yet another reason to hit this branch of Disneyworld-the food. If you haven’t been introduced to the cuisine of Wolfgang Puck or Gloria Estefan, here’s your chance. And what’s better than doing it at a low cost and in a kid-friendly environment?

Top off a meal at Wolfgang Puck’s or Bongo’s Cuban Café with a delectable sundae at the Ghirardelli Soda Fountain, a San Francisco-based chocolate company that has an outpost right here in Orlando.

Besides the food, shops and theaters, Downtown Disney is a winner for Lego-lovers. In addition to a fully stocked store with billions of Legos that kids can play with for hours on end, you’ll get a kick out of the Lego sculptures, including the life-sized family (dog included) and the sea serpent that weaves in and out of a lake.

Did you know there’s an actual downtown in Orlando that most tourists have no idea exists? Spend an afternoon touring the real Orlando, a few miles east on Interstate 4 (aka I-4). Start with a stroll around Lake Eola (take a float in a swan boat while you’re there), then head up to Winter Park, a gorgeous, tree-lined village that has lots of green space, gourmet coffee shops and locally-owned boutiques.

Grab a cup o’ joe, stroll into one of the town’s five museums and, if you time it right, catch one of its seasonal festivals. Map out your day – click here for more  info on Winter Park and here for Orlando info.

Photo by Kim-Marie Evans of LuxuryTravelMom.com

Best Things to See and Do on Oahu with Kids